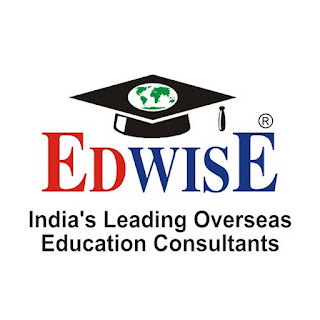 Studying film at an internationally renowned university abroad seems like the perfect fit for a student who wants an insight into film, television, and several other media techniques. Studying filmmaking abroad exposes a student to a cultural experience of vivid artistic expressions and a global perspective they may not have been previously aware of, which only broadens the perception of opportunities in the world of filmmaking. cinema and media. For international students, film degrees provide them with a detailed understanding of the world’s most successful visual industries. Regardless of your interest in studying film to gain knowledge of the practical side of production or the methodical side of film evaluation, filmmaking qualifications are available to you worldwide at universities, colleges and even specialized film schools.

Why Study a Film Abroad Program?

A degree in creative spheres is increasingly in demand by international students. A film studies degree offers a mix of practical, creative, and academic elements with a number of specializations. A film studies degree will not only make your resume stand out for future endeavors, but you’ll also be on an adventure of a lifetime, both in your academic and personal development. Whichever country you choose to pursue film studies abroad, your foresight and innovation are sure to improve.

Film is a ubiquitous medium and expose yourself to the world with Film study abroad programs can prove advantageous in making your understanding and creation of film and media a more comprehensive global and creative flair.

The basic structure of a film program

Regardless of your study destination, you will have the flexibility to pick and choose film modules that will define your focus on the subject. The elective modules require several methods of assessment and learning, including film screenings, lectures, dissertations, seminars, filming and editing.

A student may also be required to watch several movies in their free time, which take up hours of their free time. There are several opportunities at the chosen university to become actively involved in student film companies or media groups to utilize their skills and knowledge.

Filmmaking courses at all levels are available worldwide for international students. The country, language, and specific university you choose to study at will affect program content, as well as targeted film types and filmmaking methods.

At the bachelor’s level, a film degree would normally fall within a Bachelor of Arts (BA) or under a Bachelor of Liberal Arts as a major or minor. Masters in Filmmaking degrees can be either taught or research-based.

A doctorate or Film Doctoral Program is likely to be research-intensive, with a focus on a very specific facet of cinema.

Subject to the country of application, an ordinary bachelor’s degree in filmmaking takes between three and four years and a master’s degree takes one to two years.

The curriculum for a Film degree is divided into years of study, with each year having compulsory modules, in addition to elective modules to choose from; which would generally focus on the areas mentioned below:

Most destinations around the world have trained outstanding directors, producers and cinematographers, so one cannot entirely rule out training anywhere just because it is not known for the film. Countries with large film industries can be favorable options to consider for studying, gaining practical experience, or even staying in the country to look for work after graduation.

There are many countries with large and popular film industries, making it one of the best countries to study film. UNITED STATESthe UK, Franceand Germany.

Studying filmmaking abroad requires an admissions procedure to follow which is set by the specific university for the exact program to be studied. You may additionally be required to provide the university with academic transcripts, an English proficiency test (e.g. TOEFL Where IELTS), proof of finances, letters of recommendation, CV and statement of purpose.